The vision of the Board of Education is to
provide transformational leadership so that the
Inglewood Unified School District thrives. 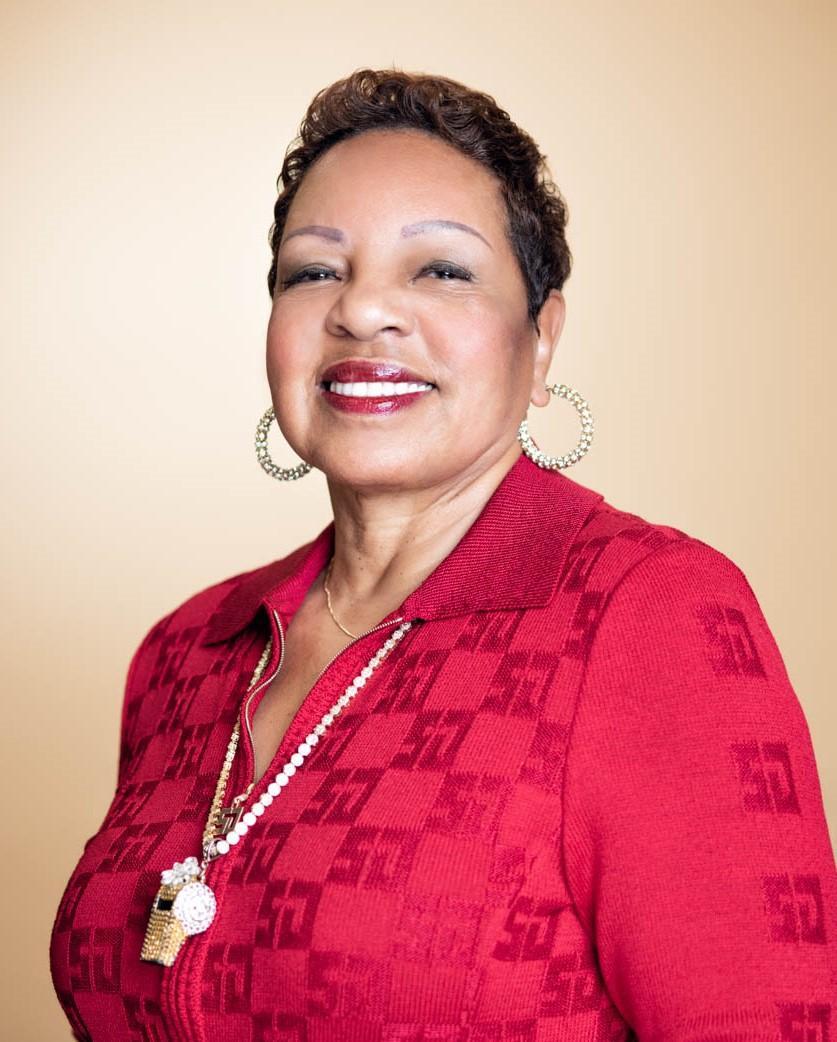 Margaret Evans, M.A.
Board President, Trustee Area 4
Term Expires: 2024
E-mail: [email protected]
Trustee Area Schools: Highland, City Honors and Crozier Middle School
Margaret Evans was re-elected in November 2020 to serve Seat 4. A longtime Inglewood resident, she has more than 30 years of education experience, including 13 years as an administrator, and has worked as a senior advisor and teacher. Mrs. Evans received a four-year scholarship to Lane College in Jackson, Tenn., graduating with a B.S. Degree in Business Education. Shortly afterward, she moved to Los Angeles and began working at CBS Radio scheduling commercials. After a year, she was promoted to personnel assistant at CBS TV where she remained for two years coordinating benefits for all employees. She answered the call to education in January 1974 when an opening for a long-term substitute became available at a friend’s school within LAUSD.
She received a contract in 1977 and taught at Canoga Park High, Maclay Middle School, Marshall High, and finally Palisades Charter High, where she completed her career as an administrator. She retired in June 2008 but continued giving the SAT on Saturdays for five years after retirement. She returned to Palisades Charter High in December 2008 and worked for one semester until June 2009 as interim administrator and senior advisor. 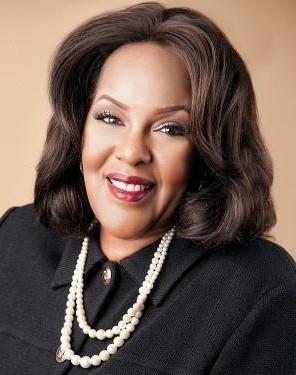 Carliss McGhee, Ph.D.
Vice President, Trustee Area  2
Term Expires: 2022
E-mail: [email protected]cs.com
Trustee Area Schools: Centinela, La Tijera and Parent School
Dr. McGhee was elected in April 2013 to serve Seat 2. She won a new term in the at-large general election on April 4, 2017. She has spent her adult life working with parents and children, beginning her career as a Head Start preschool teacher. An author of four children’s books, Dr. McGhee has served as a multi-cultural literacy coach and as a behavior specialist, advising and educating parents with special needs children. She has served as a motivational speaker for parents, teachers, and students and remains active in several school systems as a community organizer and educator.
She has developed innovative programs for parents focused on reading and travel; established mock court programs as a deterrent to gang violence; and started English and Spanish as a Second Language classes in the community. Dr. McGhee spent ten years as a director of the United Negro College Fund, which provides scholarships for students to attend Historically Black Colleges and Universities. She is the married mother of two adult sons and the founder of the Khocolate Keepsakes Children’s Literacy Museum. Dr. McGhee holds a bachelor’s degree in early childhood education, a master’s degree in psychology, and a doctorate degree in pre-perinatal psychology. 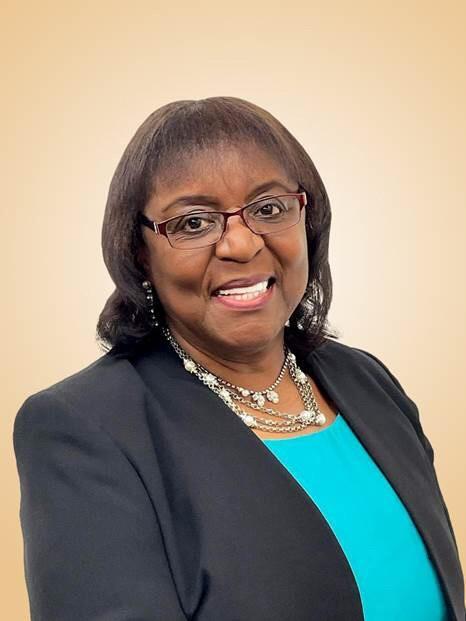 Naomi S. Hammonds
Board Member, Trustee Area 1
Term Expires: 2022
E-mail: [email protected]
Trustee Area Schools: Kelso, Warren Lane and Woodworth/Monroe
Mrs. Naomi S. Hammonds was appointed as Trustee to the Inglewood Unified School District Board of Education to serve Area 1. Mrs. Hammonds spent her childhood and educational years in San Jose, California, where she attended California State University San Jose; graduating with a B.A. Degree in Social Science and Elementary Education. A few years later, Mrs. Hammonds advanced her education at La Verne University and received her M.A. Degree in Education and Management. In addition, Mrs. Hammonds completed numerous certificated and credentialed programs from various colleges and universities throughout her career.
A longtime resident of Inglewood, Mrs. Hammonds enjoys volunteering as a tutor and assisting families with supplemental educational resources. Mrs. Hammonds taught at Centinela Elementary School in the Inglewood Unified School District for 31 years and retired in 2018 but continues to provide assistance at her former school site. She is certified as a GATE (Gifted and Talented Education) instructor and instructed gifted students throughout the district. Mrs. Hammonds held many positions at her local school and the district. Mrs. Hammonds served on several local and county task forces, conducted local and district professional development workshops and seminars on curriculum, leadership goals and other educational topics. During Mrs. Hammonds’ career, she has earned several awards and commendations for her service to education and the community. Mrs. Hammonds is a longtime member of West Angeles Church where her love for education expands over 25 years as a Bible teacher and professor on staff at the West Angeles Bible College. Mrs. Hammonds is married to Dr. Kenneth Hammonds. They are parents of two adult daughters. 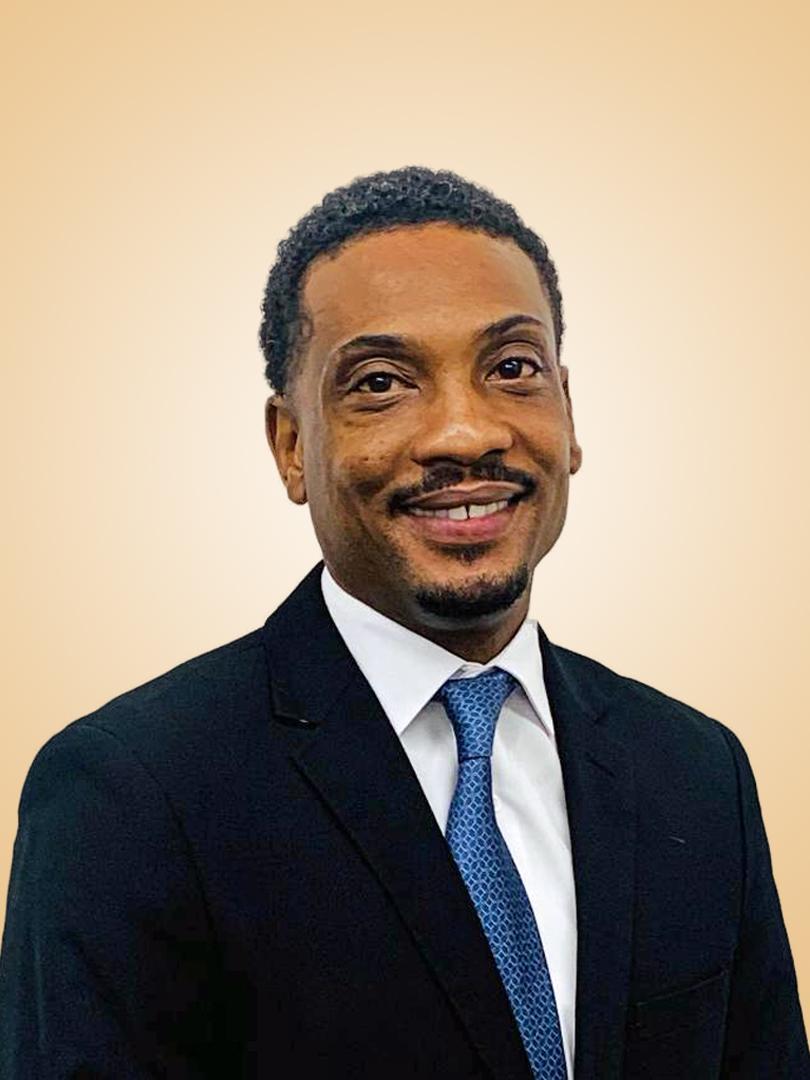 Brandon G. Myers
Board Member, Trustee Area 3
Term Expires: 2022
E-mail: [email protected]
Trustee Area Schools: Bennett-Kew, Morningside High School and Worthington
Mr. Brandon George Myers was elected in November 2020 to serve Seat 3. A native of Connecticut, Mr. Myers was born in the city of Hartford where he spent his childhood. Mr. Myers attended Norfolk State University, a historically black university, graduating with a B.A. in English/Theatre Performance.
As a longtime Inglewood resident, he has more than 8 years of education experience in addition to over 14 years of experience working with children and families. Shortly after he moved to Los Angeles, he began working at a nonprofit, Vista Del Mar Child and Family Services, as a Child and Family Specialist where he remained for 5 years serving as an advocate for foster children within various communities. As a result of his love for the people and the betterment of the city in which they reside, Mr. Myers became a Mayoral candidate for the city of Inglewood in November 2018. In early 2020, Mr. Myers founded and served as President of the Inglewood South Bay Democratic Club. Through the years, Mr. Myers has been determined to eradicate economic disparities and inequalities that plague our communities. Mr. Myers was recently married in September of 2019. 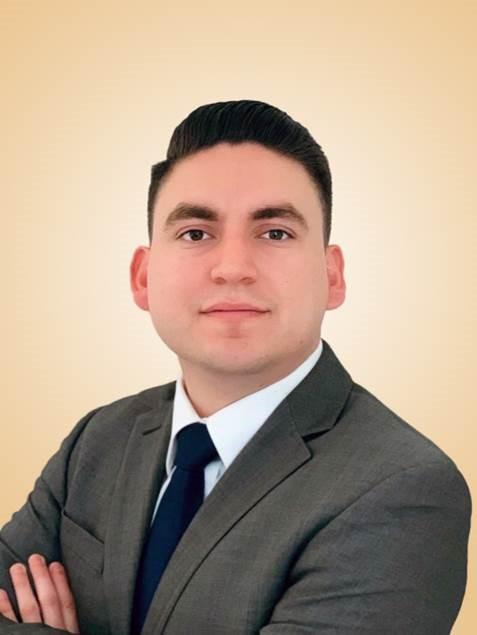 Ernesto Castillo
Board Member, Trustee Area 5
Term Expires: 2022
E-mail: [email protected]
Trustee Area Schools: Hudnall, Inglewood Continuation, Inglewood High School, Oak Street and Payne
Mr. Ernesto Castillo was born and raised in Inglewood. Mr. Castillo is a dedicated educational advocate and public servant for the fellow residents of his hometown. After graduating from California State University, Northridge with a B.A. in Political Science and Chicano/Chicana Studies, Mr. Castillo served on Capitol Hill as a congressional intern for Congressman Tony Cardenas in Washington D.C. Mr. Castillo returned to his hometown, bringing the knowledge and experience he attained on Capitol Hill, to continue serving his community. Over the past three years, Mr. Castillo has organized educational opportunities for low-income healthcare workers and worked as a Field Representative for State Senator Lena A. Gonzalez. Along with representing the Senator for the 33rd Senate District, Mr. Castillo also currently serves as an ADEM Delegate for the 62nd Assembly District.
In 2018, Mr. Castillo was appointed as an Inglewood City Commissioner for the Library Board. As the only Latinx and millennial board member, he advocated for more digital and Spanish language material. In 2019, he was also appointed on the Advisory Committee for Naming of a Public Facility or Street. Along with his serving the City of Inglewood as a Commissioner, he also volunteered on the grand re-opening committee for Ashwood Park.